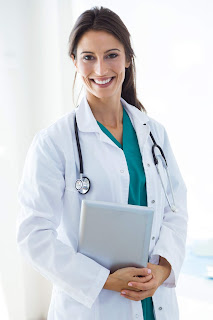 Quick note to let you know, I was able to make an appointment for Covid19 testing at Avance Health Care in Durham.  My doctor's office did not offer this testing service. And Walgreens has a daunting online screening form.  So your best bet if you want a test right now is to try Avance.  They said they charge the copay from your insurance because people were getting billed by the testing company if they don't.  So the rumors of "free testing" are not realized as far as I know.  However, the testing does exist in Durham.

I hope we are all are able to get a test, and it shows we had it, and we never really got terribly sick from it.  That's the best case scenario, I think.  💖

NC ranks 43rd in the nation for testing, so please tell your friends about this testing site.

Update:  this afternoon (on the 22nd of May) I got an email from Governor Cooper with a link to a list of Covid 19 testing sites in the state. The PDF he sent didn't work, but you can find the list by entering your city and state here.

I tried to get them to test both of us, but they refused. Only I got the test.  I had to spend over  30 minutes re-explaining my symptoms which I'd already explained on the phone when I made the appointment, and put in writing on the forms.  I got a long lecture about what the CDC recommends and doesn't recommend.  I was not allowed into the building because I had symptoms.

The How:  They came out and gave me a swab, and made a mark on the swab, and I did the swabbing myself.  It was much less deep than I thought it would be, it was 1.5 inches. It didn't hurt or draw blood.  I kind of got the feeling this is not a regular occurrence for them.  Even now, we were the only ones there.  They said it would take 3-4 days to get my results.

The doctor said they don't do IgM testing, only IgG and my husband will probably get that test, depending on how my test goes... probably a week later.  To me this is an unreasonable delay and using the CDC's recommendations is not helpful.  We know the CDC is laissez faire about testing, and not just about Covid-19.  But I don't want to get back on that rant.

I think the logic is faulty.  She said they only do IgG testing ( the type of antibody the body makes 3 weeks or more after being infected).  Because if you have symptoms or you're in contact with someone who has it, then IgM wouldn't be used, the active test (swab test) would be used.  However, this is faulty because it postponed my husband's testing unnecessarily.  If they felt IgG was too soon, then they should've swab tested him.  None of these tests is a permanent safety against Coronavirus.  It's just one point in time when a test is pos/neg.

They should just test both IgG and IgM and do it regularly for everyone without symptoms.  It should be a monitoring program, not a testing program.


They never mentioned retesting.  A reasonable schedule for someone who's negative would be to retest every 2-4 weeks, so you are notified when exposed.  That's the kind of testing that happens in the White House.  Why are the rest of us left to negotiate our tests, one by one, through a convoluted policy that the CDC recommends?  Again, why aren't doctors the ones to decide? I could tell the doctor was uncomfortable with the policy, but felt she had to follow it.  That's just so wrong. She should be able to order testing as she feels it's necessary.

I know, I said I'd try not to rant, but this is so frustrating.

I know they're dealing with a bad situation and I'm sorry to be critical.  I really appreciate what they could do for me and the time they took in explaining the restrictions they're working under.  But I"m not alone in thinking that this reactive testing idea is a mistake.

WARNING:  There's some armed person in NC who is threatening to kill people over the stay at home order.  I can't really make out what reason he'd have to kill someone in their home or outside wearing a mask. But the logic doesn't always follow.  The quote I read from him sounds like he's going to target people wearing masks who are carrying guns. In any case, keep an eye out for anyone challenging you.  Take Maya Angelou's advice and believe them the first time they tell you who they are. Do your best to de-escalate and slowly walk away.

There are so many instances where someone is in need of shopping help.  An accident, an illness or old age can make someone reach out and ask for help, sometimes temporarily.  It's important that we all know how to do that if we have a loved one with gluten sensitivity or Celiac disease.

A dietary restriction like gluten free or allergen free can be very taxing on a family.  It's expensive and very inconvenient.  Sometimes families leave the person in question to fend for themselves, buy their own food, prepare however they want, and keep their own utensils separate.  That's fine while you're young and not injured.  It's better if the whole family knows how to do this, so that people can support each other in times of crisis.  Just think of it as an interesting talent.
In this presentation, I talk about how to shop at the grocery store for gluten free items.  It's not as simple as just looking for the words gluten free or a certification label.  There are pitf…
Read more