I'm still struggling to regain my former energy level.  However a few announcements are in order since September is just around the corner.  First, local elections are coming up in October.  Second, there is a blog post that has collected all the national Democrat's views on farming policy.  And finally, Farm Aid is less than a month away in Wisconsin (but it may be streamed).  It's a good time to discuss farming reform especially in view of the NC pork producer's current and historical problems.


These elections are very quick and they take precision timing.  Once the candidates are listed, you can seek them out and discuss issues with them.  Then pay close attention to the dates you get from your voter lookup entry.


I have been very tempted to figure out how to reblog this article.  However, my energy level doesn't allow me to ensure that I'll respond to requests in a timely manner right now.  I can hardly even keep up with medical scheduling for myself. So with apologies for just posting a link to another blog, I think if you care about the political side of food and farm policy, this article will provide you with a lot of insight on this issue.

In case the link is broken someday: https://web.archive.org/web/20190830194338/https://www.foodpolitics.com/2019/08/weekend-reading-what-the-democratic-candidates-have-to-say-about-food-and-agriculture/


If you can travel to Wisconsin, it's a great place to be on September 21st.  Farm Aid started back when I was a child and has been a beacon of hope and champion of organic farming and family farming for decades.  It's also a great music festival that just keeps getting better.

If you can't go in person, there are various ways you can watch it from NC.

In case someday that page is no longer available: https://web.archive.org/web/20190830194845/https://www.farmaid.org/festival/about-the-festival/


I know pork isn't everyone's favorite food, and it's banned by at least two religions.  But what's happening to pork producers in the state best known for pork production (NC of course) is otherworldly.  First, the system of farming pigs is industrialized to a point where local rural people can no longer live comfortably in their family homes.  Next, a series of regulations are ignored and then lawsuits ensue.  When the lawsuits are finally over, China, the main importer of US pork, stops importing Ag products at all!  Well that's my short version of an issue I really care about.  This would be a good place to start if you haven't been following this issue.

Meanwhile, someone seems to think it's a good idea to feed omnivorous pigs vegan food.  They call it vegetarian feed and they claim it proudly as if it means something good.  It doesn't.  It prevents them from accessing important Omega 3 fats, which they would be passing on to us in turn.  Just like us, the wrong feed will make them sick.  I don't have much appetite for pork from sick animals.  A vegan pig is, by my definition, a sick animal.  This is just another part of the problem with industrial farming.  Every animal is treated like cows, even if it's a pig or a chicken (both omnivores).

One thing I'd like to see is an end to the "100% vegetarian feed" nonsense.  I don't think it's healthy for humans, or the animals.  We stumbled grievously when we introduced hydrogenated fat and claimed it was "cleaner" and "purer" than lard or tallow.  We had to ban it later.  Let's not repeat that by assuming vegan feed is somehow "cleaner" and "purer" or less problematic in some vague way. There's a very direct and clear problem:  it's not the natural diet of the animal.  Let's get back to common sense.

So that's my soapbox issue this year. Real pork, organic pork, omnivorous feed, as nature intended.  Why?  Because of nutrition, as always. That should be driving all our farming decisions.  What does this have to do with Celiac Disease?  Well nutrition, as always.  As a group of people who has trouble absorbing nutrition from food, as a natural consequence of our illness, I think we are natural allies with farmers and Organic reformers.  We can't "eat junk" and we rely more than other groups on nutritious food.  It's important to appreciate that and act to protect our food system.

Finally, you might want to look at this FDA announcement about hummus recalls, apparently a manufacturing facility had a Listeria contamination problem and many brands (some sold at Harris Teeter, some are Organic) were affected.I have a tracker to food recalls here, but I thought that was significant enough to mention in an article.


In other farming news, Germany is phasing out glyphosate out of concern for pollinating insects. Rachel Carson would be proud of their ecological perspective.

The Global Climate Strike is September 20-27, 2019.  Kids and adults will be taking to the streets to demonstrate their commitment to slowing climate change. Yes that means, each person is saying, I'm willing to put up with a little disruption to convert to better energy choices, so please use your political power to make it happen now.  Everyone you see participating is saying that.   Please join if you feel the same way.  Or at least consider that with climate change, comes disaster for farmers.

Farm laborers are so terrified of being deported that they won't even go to food banks: https://patch.com/california/santacruz/santa-cruz-clandestine-food-bank-draws-100s-farmworkers
No words...

I did manage to find out about what makes pig farming so hard in NC. The courageous story "Food Integrity" of this farmer in Oxford NC provides a lot of detail.

Those interested in organic and "beyond organic" livestock farming should consider signing up for Stockman Grass Farmer magazine.  Until I read that, I didn't know there were any Wagyu Cows in NC.

An up to the minute report on the hog farm lawsuits with Smithfield in NC.

Please be nice and stay relevant when commenting. I moderate all comments. Alternatively, use the share button to respond to my posts. Thank you for visiting! 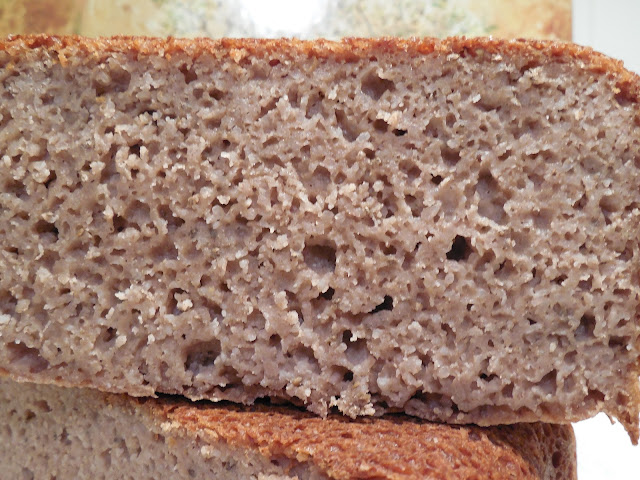