Intravenous Therapy to the Rescue!

By Angelica Nelson - Tuesday, July 17, 2018
In the past month I've had 4 Intravenous treatments with 0.9% saline and nutrients. I have now slowed down to once every 3 weeks, which is what I noticed was the maximum time for a good effect from one IV. Each one is around $200 so I'm glad the big push is over. I also feel "worlds" better!
Recap: I get these IV's because it's hard for me to generate that initial burst of energy that is required to do anything important like stand up our of a chair, have good reflexes, or even recover from an exertion.
This fatigue type could be caused by one or more of four doctor diagnosed conditions I have, but the two I focus on are ME/CFS and Celaic (officially Non Celiac Gluten Sensitivity, but I've been told to just say Celiac). The other two are Osteoarthritis and Fibro. I'm very suspicious of the Fibro diagnosis even thought it fits, but that's another story.
My recovery and my energy levels, despite the stress of the recent political upheavals, has been impressive. I still have to take a news-fast at least once or twice a week, but I honestly thought I would've burned out by now. 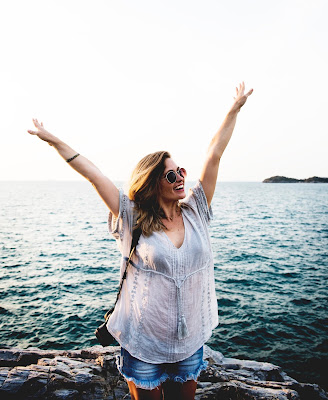 I actually feel better than I have in years. Halfway through the treatment, I went to a march to protest the treatment of migrants at the SW border of the USA.  I was out in the heat and humidity and very active (for me) for over two hours.  I came home a bit dehydrated but I recovered in a few days.  Normally it would take at least two weeks to recover from that.
Years ago, in late 1990s, early 2000's, I was getting "banana drips" at ER's nearly everywhere I went. It's the slang used to describe vitamin IV's, often containing B vitamins which are yellow.   Then some guideline must've come out to stop that. One day I came into an ER with one of those migraines where I can't talk, and I struggled to speak and asked for that, and they looked at me like I had gone crazy.  The very same people who'd been doing that!

The worst was being treated like a drug seeker when all I was asking for vitamins by IV and some toradol. None of that is addictive.

However, IV's like that are used for hangover recovery.  But I didn't realize that at the time, I thought it was just something helpful they did for cases that didn't have a lot of other options.  Anyway, I guess that record followed me around like Elaine's records in the Seinfeld TV show.
Until I moved out of the state, I didn't feel comfortable with anyone but my own GP and one or two other doctors.  Even worse, I couldn't figure out why they often gave me an addiction lecture, even before I was taking any pain drugs and have been intolerant of alcohol for decades. Or why they'd pull tricks on me like sedating me and THEN asking my permission for "informed consent" forms before a procedure.  That should be illegal.
So time passed, and I moved.  I can now get toradol shots at my request from my neurologist's office. And I get IV's from a functional medicine clinic. But it took over 10 years to re-establish that care and in between I suffered a lot. My migraines got bad enough that they were reclassified from migraine with aura to hemiplagic.
With people who have poorly defined illness, a period of time away from their usual treatments can mean a serious backslide in function. And there was a backslide.  I became unable even to leave my house on most days.  Being housebound with an undefined illness is no joke and nobody makes that up to avoid working.

I didn't realize my Celiac even existed, much less understand that my vitamin deficiencies were due to lack of absorption.  I just knew what worked, but not why.

So what is it that I get each time? Here's a list of the ingredients:

Each of these is targeted at an amount they think I can tolerate and is safe for me.  The  formula changes a bit each time.

There's a bit of history involved in why IV therapy has moved to a clinic and out of the ER.  Part of it has to do with Clinical Practice Guidelines, and part of it is because nurses who gave IV's like this in ER's rebelled when they were told not to do it anymore.  They knew how beneficial it can be and how it can help someone recover better.  Here's one more reason to love nurses!

Some tips if you decide to try this for yourself:

There is a series of clinics called Holtorf which should have a location available near you, unless you're in the Midwest.  I haven't tried them, but I thought I should give you an example that is likely to be a good clinic.  A family member did try it and reports were good, so  I use it as an example so you can look for something like that.

My experience has been overwhelmingly good, I talked to or tried at least 4 different places.  Only one made me uncomfortable enough to decide not to go back, but even they weren't bad enough to write a bad review over it.  Your experiences may vary.

I wanted to wait until I'd had all 4 treatments before declaring it a success, and I'm so thankful it worked. It literally gave me back my life.  If you decide to try it for yourself, let me know how it went!