Showing posts from June, 2018
Show all

The Children in Cages - The Families Torn Apart 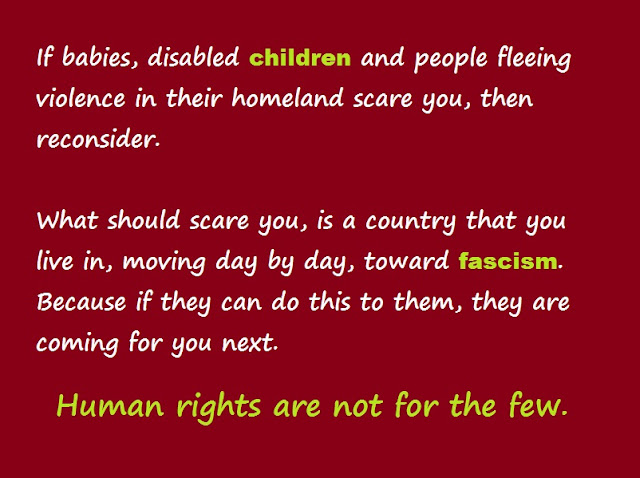 I've taken a sabbatical from my blog because something urgent needs my attention.  As Americans we have to reckon with our government's increasingly draconian declarations against immigration.  Once we were seen as the free world, the hope of the world, the leaders of the free world.  Now we should be ashamed of the images and all media showing our treatment of migrants is similar to concentration camps. Our collective pride is wounded.  The trust the world placed in us has finally crumbled. France called, they are repossessing the Statue of Liberty! There is still a silver lining.  Leaders on both sides of the political fence have spoken out against the practice of separating parents and children after they turn themselves in close to the border in the southwest.  On May 7th the practice was announced and the country exploded in outrage.  We have had enough of the step-by-step evils.  This past Sunday there were Father's Day rallies and speeches in the southwest and
Post a Comment
Read more
More posts