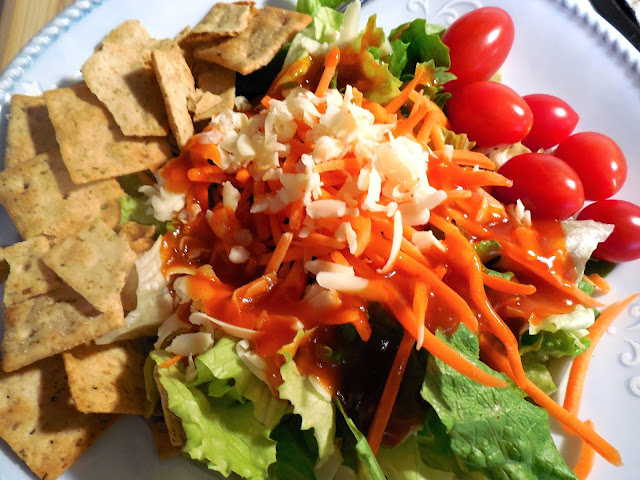 My husband said something interesting about gluten free, so I thought I'd share it with you.  For months, he's been embroiled in the same gluten free difficulties as I have been.  Products and even meats still fool us, most recently a Picnic Ham that turned out to be glazed with gluten ingredients.  We've "avoided gluten" before, but never to the Celiac standard and the difference is huge.  Also the results are different and much better.

He often stops on the way home from work to pick something up, and usually doesn't need my hints to know what we need.  He said there's a difference between "gluten free" and "Celiac safe."  Normally, a person with a new Celiac diagnosis is told that they need a gluten free diet, and often they receive dietician advice on how to follow it, covered by insurance.  I haven't tried to get a dietician officially through insured healthcare, it might be possible, but so far we have been on our own.  We discussed this definition further and noticed that there's a difference between these two ideas.

Usually restaurant personnel and food manufacturers are on the side of gluten free and patients are on the side of Celiac safe.  The hard thing about it is that not everyone who is affected by gluten needs the same amount of safety.  I suspect the manufacturers are often thinking that there would be wasted effort if they tried to be too perfect.  That might be true.  But I can't figure out why the restaurants often play so fast and loose with gluten free.

It's risky to have doctors tell a person to go on the GFD and then the person finds that the rest of the world hasn't translated that into something they can use and feel safe about.

There is now a GFCO restaurant certification for showing that a restaurant has staff trained in gluten free procedures.  The only local restaurant to me that has it is a fondue dinner joint called The Melting Pot.  The two fully gluten free restaurants in the area, Primal and Fresh Levant, neither are listed on the GFCO website so maybe they have a different cert that I don't know about.

I'm wondering if it's very difficult to have  this certification, or to make the kitchen celiac safe.  I wonder the same about food manufacturing.  What do you think?