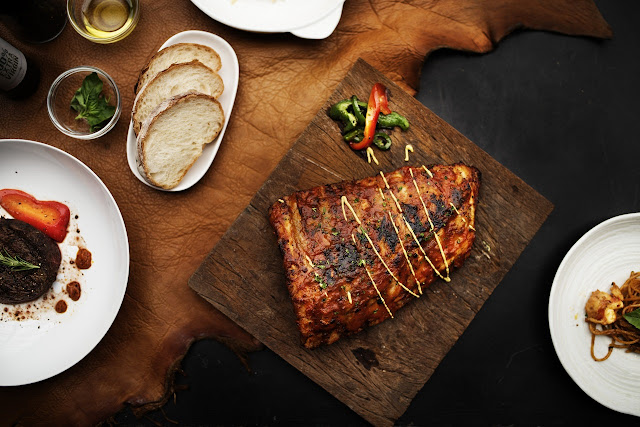 Everyone's abuzz with Celiac Vaccine news, which is only fitting.  But an interesting development in Celiac Disease science is taking place in the science journals.  Apparently several countries have studied the connection between Iron Deficiency Anemia and Celiac disease and two recent studies show how fundamentally different results can be in different populations.

When I studied biology and chemistry, we had a talk in every science class about the scientific method.  Then the same talk in statistics class.  The sample size must be large enough to cover all of humanity if you're going to say "all humans are like X" from your results.  Therefore, because science is siloed into individual countries, their sample is necessarily limited to local people. The Japanese don't often do studies on people from all 190-something countries in the world.  Neither do the Americans or anyone else.

Watch how the prevalence of Iron Deficiency with Celiac Disease changes from Sweden/US to Pakistan in the next two articles (both published in late summer and fall of this year):

"CONCLUSIONS: In a systematic review and meta-analysis, we found that approximately 1 in 31 patients [3%] with IDA have histologic evidence of CD. This prevalence value justifies the practice of testing patients with IDA for CD."

Wow!  3% to 11% just by changing locations! It's tempting to try to explain it by saying that Pakistani women might have a harder time securing red meat to remain healthy than people in Sweden.  But remember what I said about siloed science in each country?  The first study was done in Sweden, but it was a meta analysis where they take all the previously published science and try to form a reasonable suggestion that hopefully covers all the known facts.  It's meant to be an "all humans are like X" ...  as far as we can tell.  That 3% looks small, but it's a significant increase, showing a connection between the two.

People who have read enough about modern science are now thinking "association is not causation" but in this case, it's a really likely causation.  Why?  Because there's a visible and obvious mechanism that is likely to cause it (destruction of the villi in the correct place to mess up iron absorption).  So how much analysis is enough to justify changing treatment of Celiac Disease?  Let's see in the next article from the US, based on NHANES data.

In case you're not familiar with it, NHANES is an ongoing observational study that uses information collected from Nurses in the US.  It's been going on for decades and forms the basic data for many medical observations that lead to treatment.  Or alternately lead to no treatment, depending on what it is.For example, the data has been used variously to attempt to prove and disprove the cholesterol causes heart disease theory, and nutrition science has used it to track deficiency in the US.


Prevalence of occult celiac disease in females with iron deficiency in the United States: an NHANES analysis
(USA and Sudan, free full text in PMC)

Conclusions: The overall prevalence of celiac disease in the USA’ female population is low, however, the prevalence is higher in subjects with iron deficiency. Further prospective studies are needed to validate our findings."

So less than 1% of people with Iron Deficiency also have Celiac Disease in this ongoing data gathering study.  But if you only look at women in the study, the prevalence is higher.  Unfortunately I have no idea what OR stands for. I tried to google it and got nowhere, so if you know, please comment. I have to just go with the word "higher" for women in this case, and not use a percentage.

However, check the prevalence of ID with CD among women in Pakistan (68%!), and compare. Even if the OR is somehow signifying a percentage of that population, then the comparison is still shocking.  We know already that India has a higher prevalence of CD than the US, and that India and Pakistan share some genetic background, but not among all groups in each country.

Back to the article written in the US, I wanted to include the "we need to do more studies" callout in the analysis because I only see that much caution in the US.  We have the technology but for some reason (insurance?) we want excuses not to use it.

Nevertheless, despite being a well fed, developed nation, Anemia is a significant comorbidity with Celiac Disease, especially for women.  ID would be Iron Deficiency, and CD means Celiac Disease, in the article.  That shouldn't surprise us, since Celiac Disease hurts the part of the gut that absorbs iron.  From what I remember, iron has a tricky relationship with B12 with regards to absorption.  So checking B12 on a regular basis for people with identified Iron deficiency and Celiac disease shouldn't be a wild idea, but just a matter of routine.

There's something else.  We should not consider Pakistan and India to be "exotic" to Europe, at least not Eastern Europe, or England.  The proof comes in the form of the recent genetic test that showed European Roma are descendants of the Untouchables caste from that region.  We have Roma who moved to the US from those regions too.  If a doctor is seeing such a patient, they should be much more aware of the connection between Anemia and Celiac for that group.  Ditto for someone with an Eastern European background (like me).


One's ethnic background matters when it comes to Celiac Disease and the many forms it can take.  If I were a woman in Pakistan, I'd be very concerned if I turned out to be anemic.  But maybe not so concerned in the US.  We need to find a way to bring genetics into the conversation of medicine without harming people or discriminating against them.  Or at least ethnic backgrounds.  The problem with that is, it's much more vague and risky than pointing to mechanisms that arise from genes.  And we have the technology, so let's use it.


Until then, the point is, your own country is the best place to get medical advice and information.  Your own background is the best place to find answers. So please support your hardworking local scientists, and keep pushing for proper care based on what we know so far. 💓